AirSign provides extensive aerial advertising coverage throughout all areas of Oregon. From beach aerial advertising to sporting events and over busy highways, we'll display your message to crowds in a way your audience will be certain to remember. 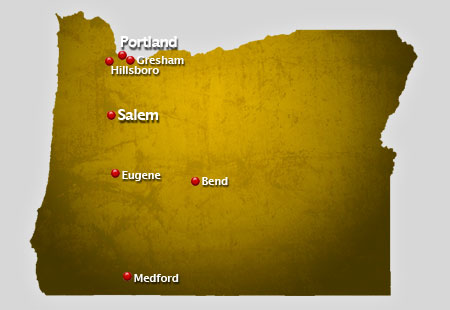 The state of Oregon roughly is divided into seven areas. These areas are the Willamette Valley, Klamath Mountains, Oregon Outback, Cascade Mountains, Oregon Coast, Columbia River Plateau and the Rogue Valley. Overall, Oregon is the ninth largest state in the United States, with a total area of 98,381 square miles. Climate in Oregon is influence by the Pacific Ocean, which creates a mild climate with cool winter and humid summer.

Tourist attractions in Oregon include the famous Crater Lake National Park, Bonneville Dam, Hells Canyon and the Mount Hood. Numerous national forests and parks surround the whole state as well as a number of national monuments.

Some of the cities in Oregon that we service:

Crowds are an aerial advertiser's paradise! A typical flight over popular events or locations can result in as many as 8,000,000 impressions! Have us fly your aerial banner over the crowds in Oregon to put your message wherever you want, whenever you wish at the best value in mass marketing!

Your aerial advertising campaign made the rest of our advertising media more effective and exponentially magnified the impact of our promotional investment.

Cities We Serve In Oregon: