An unlikely friendship formed at SXSW 2014 during the #PiInTheSky art exhibit. Always big fans of Tardar Sauce–or as most people know her, Grumpy Cat–we decided to tweet out to her. We knew she was at SXSW and wanted to show our respect. We created a shot of one of our planes preparing for takeoff with everyone’s favorite grumpy-mugged feline sitting in the cockpit. This is when we learned of her dream to have her face blown up and flown above the Austin skyline for all to see. The rest, as they say, is history… 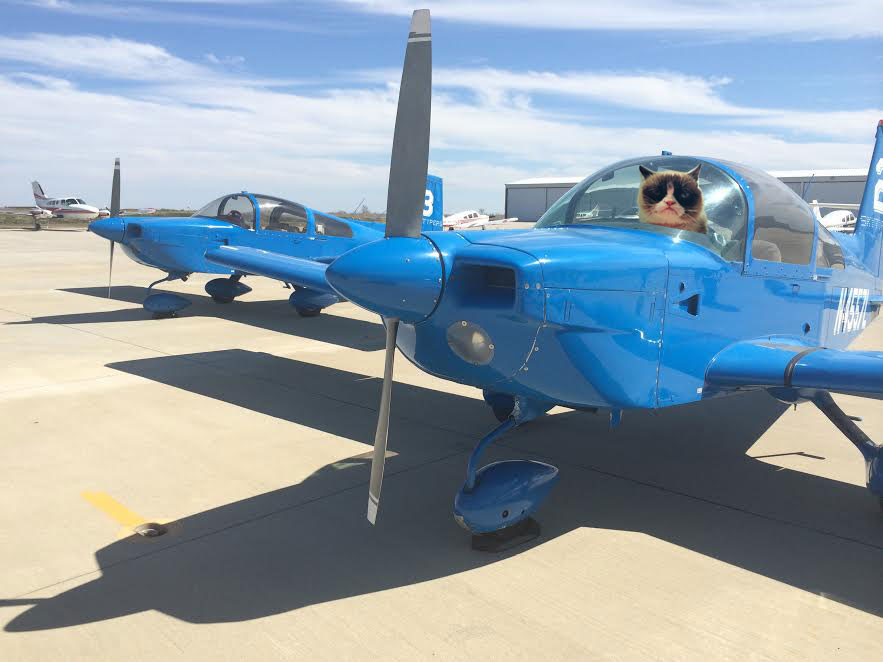 We had a blast working with Grumpy Cat and her manager/mom. Here some of the better images from the flight which garnered significant social buzz and helped pack lines of people looking to meet Tardar Sauce.

The biggest line on North Congress Avenue—one of the main arteries of Austin’s SXSW festival—wasn’t for a band or rockstar techie. No, it was for Grumpy Cat, the Internet’s most famous feline.

Of course, the entire AirSign team was excited and honored to work with Grumpy Cat and especially to help make #CatDreamsComeTrue!

Did you get to meet Grumpy Cat at SXSW or see her aerial banner? Tell us about it in the comments below!

Got a dream of your own? Let us know so we can help it come true.