Everyone looks up into the sky when the buzz of an airplane is heard. However, aerial advertising does more than create an instant media blitz, it also provides solid branding! Multiple studies show that aerial advertising has one of the highest ad retention rates out of any form of outdoor advertising. Because of its uniqueness and the ability to target exact locations with precision timing, each year we see more advertisers turning to aerial advertising.

In today's world, we see ads everywhere and on everything. Just to keep your sanity, you need to have ad blocking systems in place on your computer and it's almost a full time job making sure they are always up to date! Aerial Advertising is viewed in a much different way; its uniqueness, combined with a surreal attraction, gives viewers the impression that it's their own private air show.

In addition, banner towed messages are fun to read. Both the prospective client and the advertiser find the experience of the whole process enjoyable - a huge factor, when compared to what is generally considered to be the invasive bombardment of traditional media. 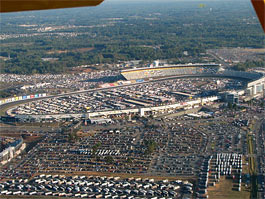 Surveys have shown that 88% of people recall airplane advertising a full 30 minutes after seeing it. It has also been shown in surveys that 79% knew exactly what product or service had been advertised. Incredibly, 67% could recall a minimum of half the substance being advertised. These types of statistics show how well aerial advertising is received. The creative branding opportunities along with an airplane banner's media blitzing powers make it an essential part of an advertiser's outdoor advertising campaign.

When aerial advertising is combined with the experience of, and quality service from, the AirSign team, advertisers can expect nothing less than success for their campaign. A good airplane advertising campaign is a great way for a company or individual to get their message to a large number of people at the same time, in a way they will remember. See what separates AirSign from other aerial advertising companies.

Since the launch of our aerial advertising, our weekend sales have increased from an average of five sales on Saturday to seven, Sunday sales have gone from one sale average to three.

Mike OlsonMike Olson Dodge Inc.
Get in touch with us today.  Contact Us