Reinforcing Your Message with a Blimp 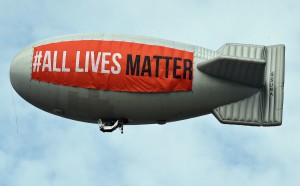